On Friday, July 19, 2019, NJSGC sponsored a talk by astronaut Robert Cenker (STS 25) at Rutgers University to a standing room only audience consisting of K-12 students, undergraduate students, graduate students, and faculty. Mr Cenker, who flew as a mission specialist, as his company was launching a communications satellite, described his experiences preparing for the flight as well as his experiences onboard the Space Shuttle. A lively question and answer session followed.

Mr. Cenker’s talk was part of a special daylong program administered by the School of Engineering at Rutgers University of July 19, 2019, in celebration of the 50th anniversary of the Moon landing. 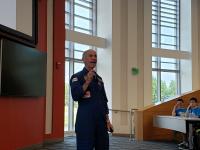 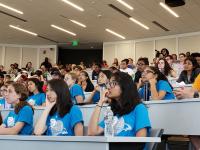 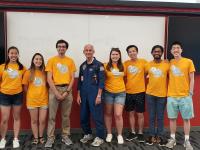 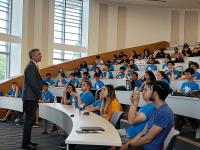 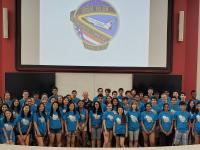